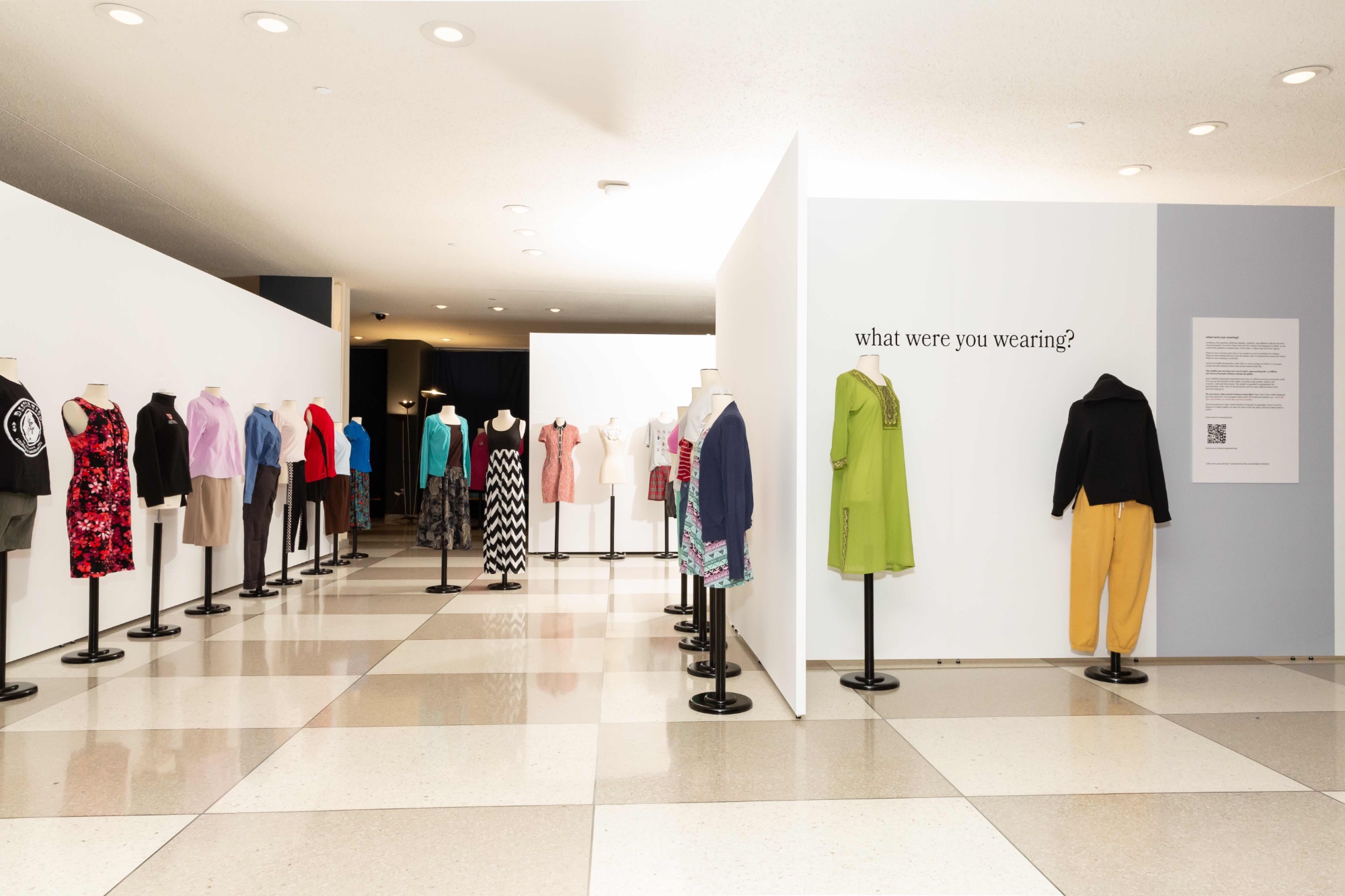 what were you wearing?

‍In fashion, this question celebrates identity, creativity, and influence. But for survivors of sexual assault, it’s used to blame them for the violence that happened to them. In one context this question is empowering. In the other, it takes away survivors’ agency.

What we were wearing at the time of our attack was not an invitation for violence.

What we were wearing did not cause the attack; only our perpetrators caused the attack.

What we were wearing is irrelevant.

And yet by boldly showing the world what we were wearing, we believe we can open minds and shift attitudes about what sexual assault looks like.

The outfits in this exhibit are 103 in total, representing the 1.3 billion survivors of sexual violence across the globe. Each outfitted figure represents more than 10 million survivors around the world.

You can see the diversity of the outfits - in terms of age, gender, culture, and occasion - and read their stories. The exhibit is intended to demonstrate the pervasiveness of the crime of sexual assault, and the many different faces of the survivors among us.

Do you know what sexual violence looks like? See below to reveal the survivor outfits. The truth may surprise you.

Survivors of sexual violence are welcome to anonymously submit descriptions of outfits to become part of this traveling exhibit.

Go here to share your story and become a part of our exhibit:

All exhibit attendees, both in-person and online, are welcome to share your reactions to the exhibit using #whatwereyouwearing. Please tag us  @risenow.us and @spotlightinitiative so we can share your posts.

This exhibit was made possible by the Spotlight Initiative a global initiative of the United Nations aiming to eliminate all forms of violence against women and girls.

The exhibit builds on the Rise Survivor Fashion Show which was part of 2021 New York Fashion Week and received high-level international media coverage, including from the New York Times.

Additionally, we invite you to further learn about the stigma behind the question "What were you wearing?" by reading Mary Simmerling's poem that inspired her and Jen Brockman's work on this issue. You can learn more here.